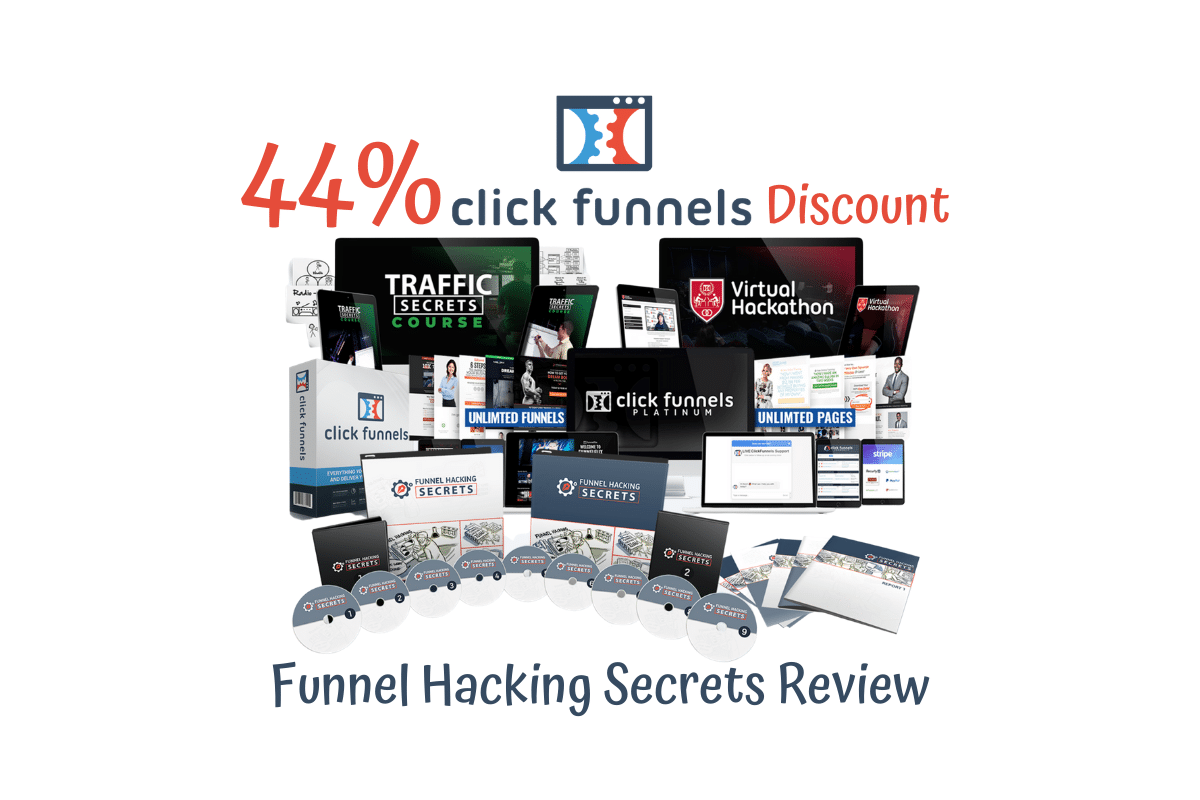 If you’re looking for the very best ClickFunnels discount offer that will save you the most money, you’re in the right place!

If that appeals to you, the ClickFunnels Funnel Hacking Secrets bundle is just what you need: 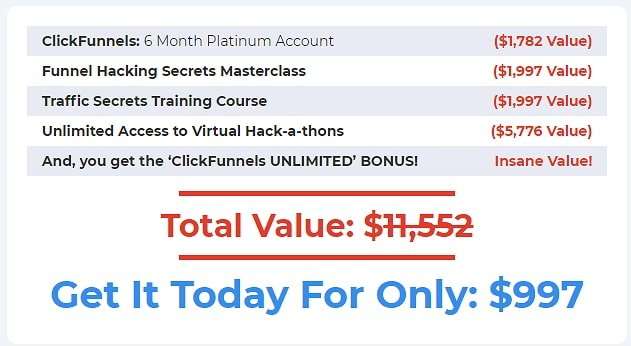 In this Funnel Hacking Secrets review, I’ll be going over:

What Is Funnel Hacking

Funnel Hacking means you look deeply into one of your competitor’s successful funnels, work out how and why it works so well, and then replicating that funnel for your own business.

Replicating what already works saves you wasted time, effort, and money building a funnel from scratch only to find out it doesn’t work.

Better yet, this can be done in an ethical manner. 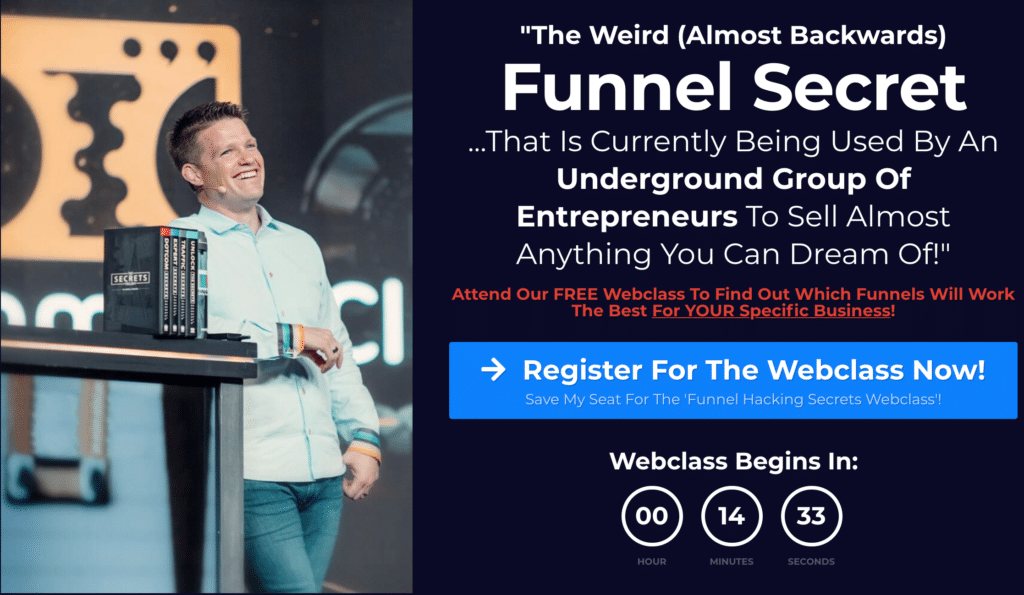 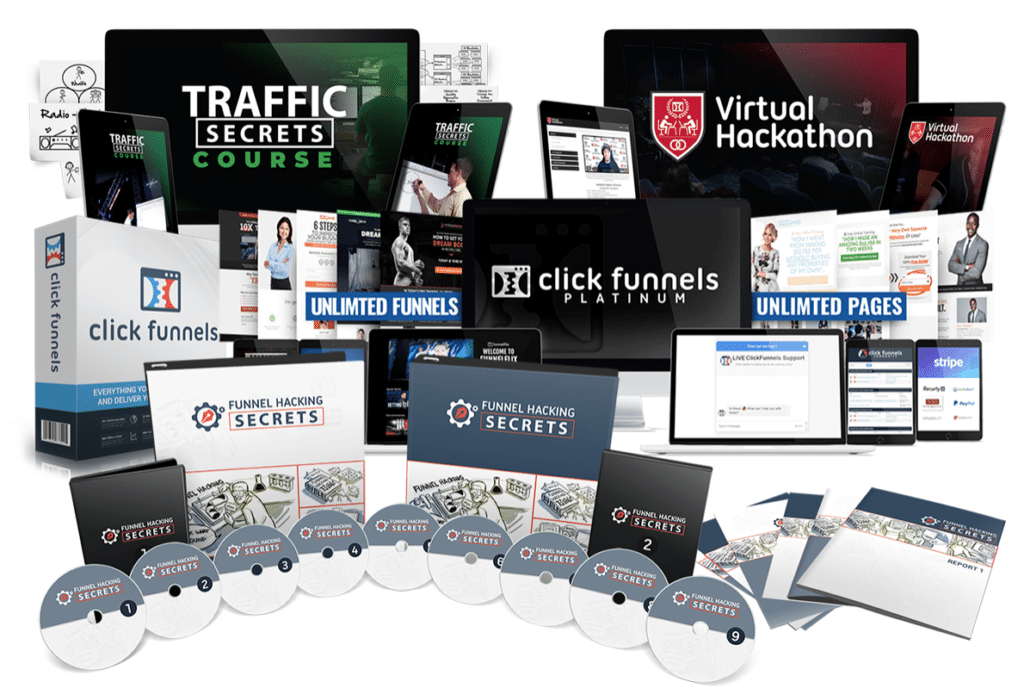 The Funnel Hacking Secrets is an exclusive ClickFunnels deal that comes with a 6-month subscription to ClickFunnels Platinum at an amazing 44% discount!

Not only that, but you also get a ton of other bonuses included, and it comes backed by ClickFunnels’ no-quibble 30-day money-back guarantee. 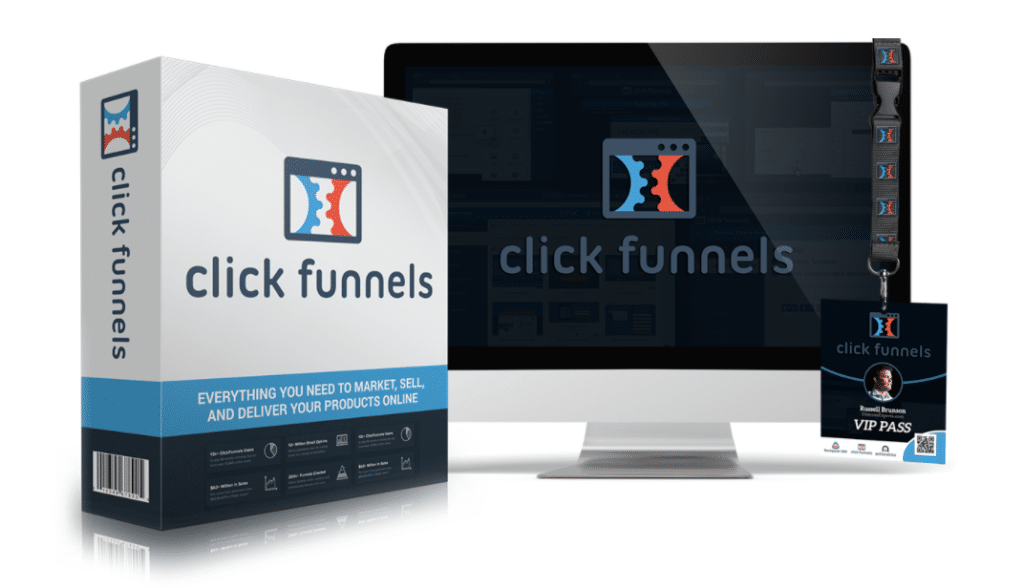 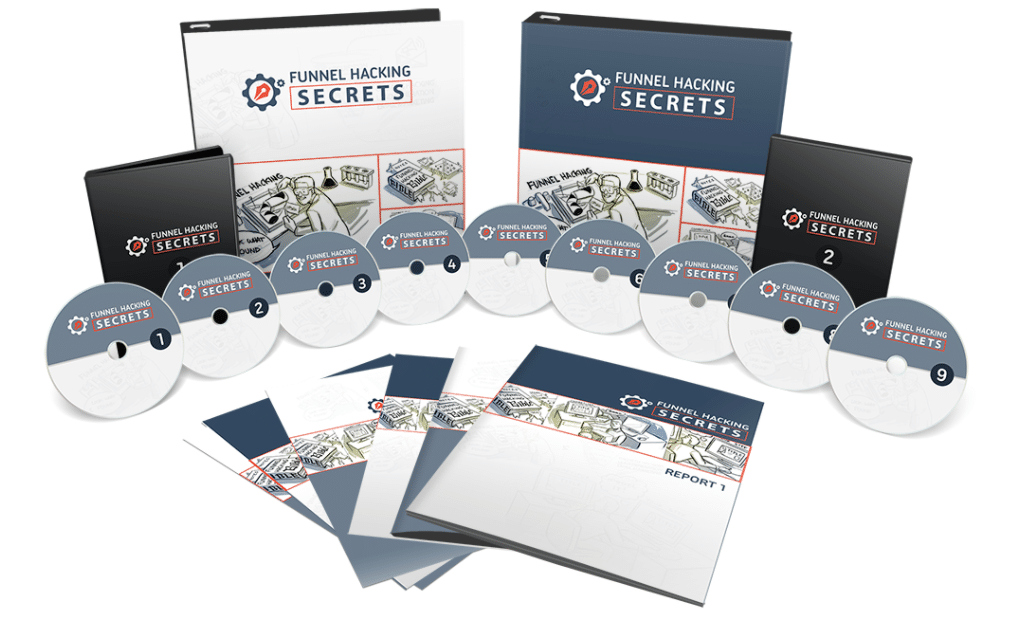 In total that’s over 100 free funnel templates so you can be up and running with just a couple of mouse clicks. 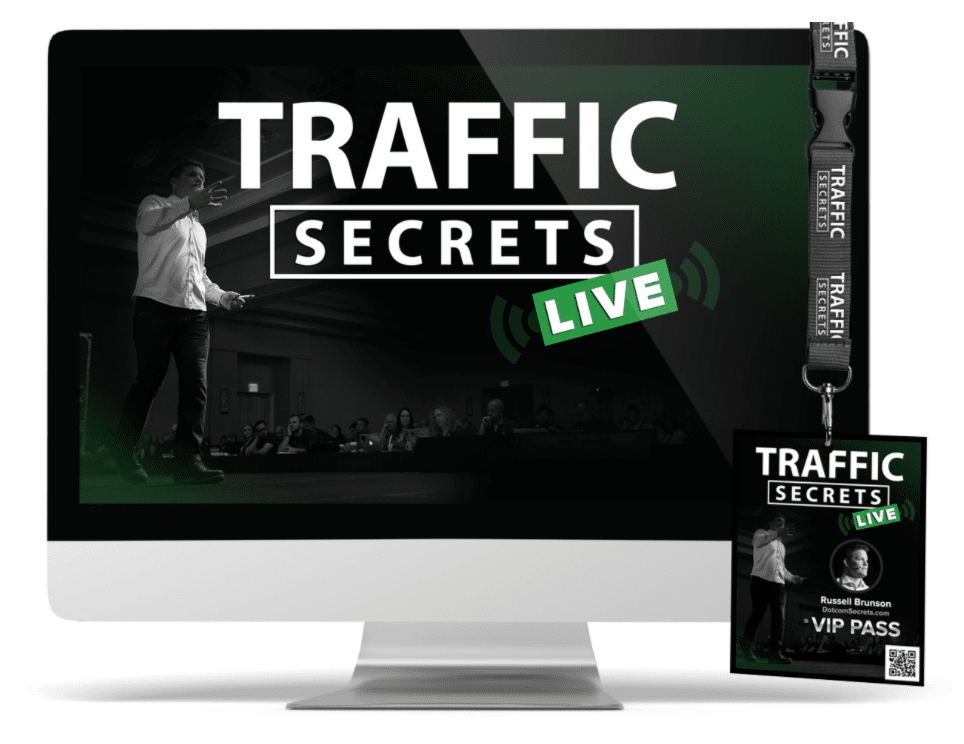 In your Traffic Secrets membership, Russell reveals to you all of his best traffic driving strategies including:

I have a copy of Russell Brunson’s free book Traffic Secrets which is superb and I recommend you order a copy because let’s be honest, sometimes you just don’t feel like sitting in front of a computer screen.

You can read my Traffic Secrets book review here. 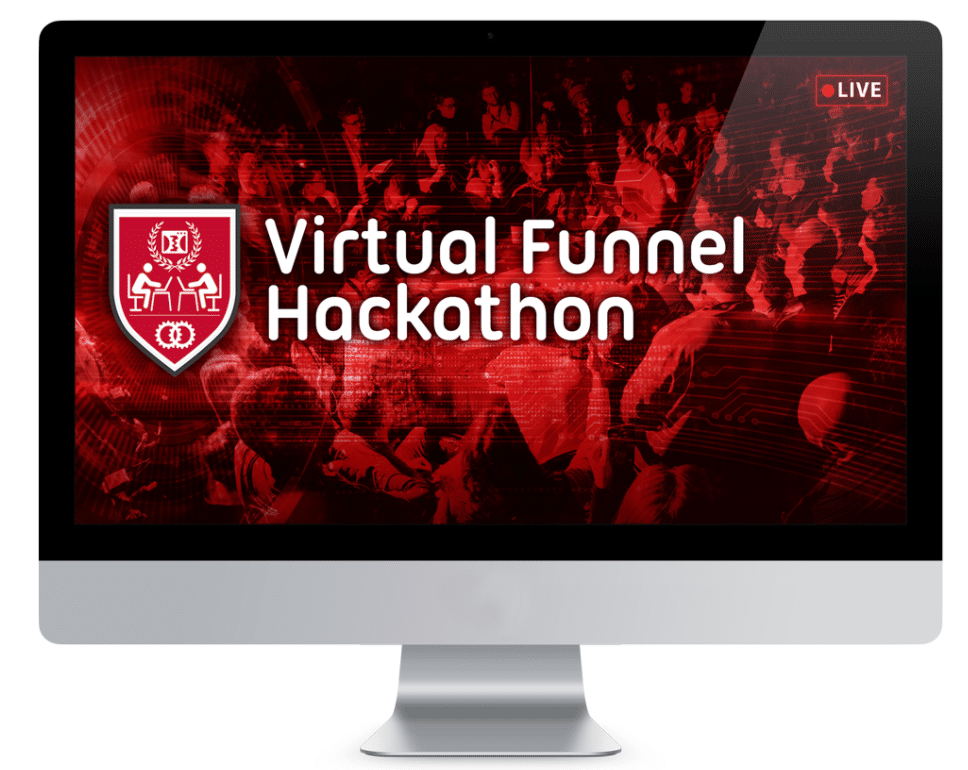 Get your funnel built in a single training session as you watch ClickFunnels’ experts build different funnel types, step by step, such as:

Don’t pay the price for being successful.

Unlike all of Clickfunnels’ competitors who put their prices up as your contact lists grow, or if you want to have more funnels in your account, the ClickFunnels Platinum Plan gives you:

All for one fixed price!

To recap all of that for you: 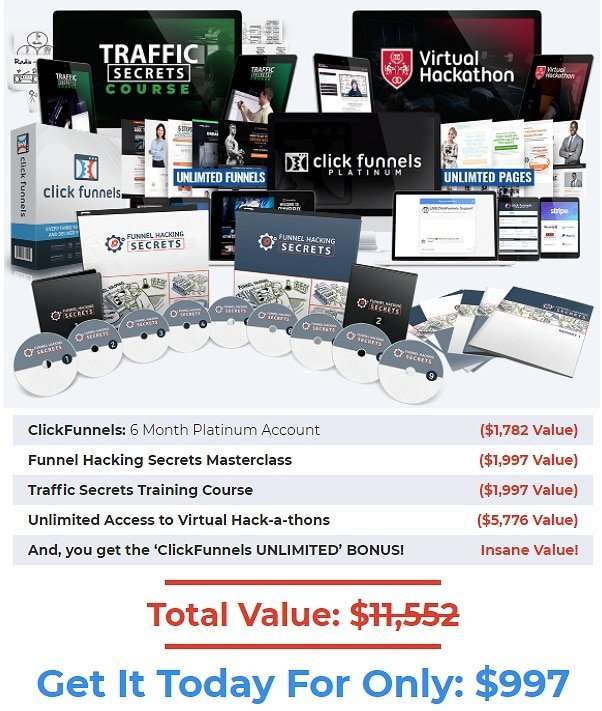 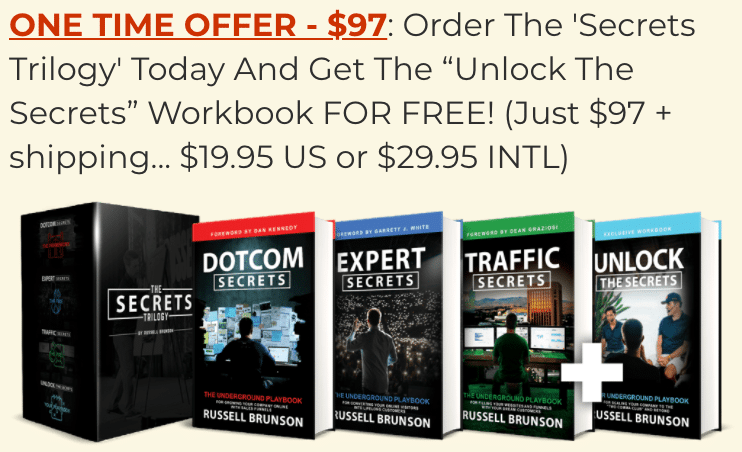 The Traffic Secrets Trilogy is an excellent box set of books, but this isn’t the only opportunity you will have to buy them at this price.

You can read all about the books in my The Secrets Trilogy Box Set review article.

When you consider that you’ve just gotten 6 months of ClickFunnels Platinum, with a 44% discount which has saved you $785, plus all the other goodies that are thrown in which should come to $11,552, $997 is an awesome deal!

Firstly, you’re getting 6 months of ClickFunnels Platinum which on its own would be $1,782. The price you’re paying for it is the equivalent of a 44% discount or a monthly cost of only $166.32.

Secondly, the training you’re getting included in this is incredible. You’re getting everything you need to go from being a total newbie to an expert funnel hacker!

Thirdly, Funnel Hacking Secrets comes with the ClickFunnels 30-day no-quibble money-back guarantee. If at any time within 30 days of purchase you decide this isn’t for you, simply email [email protected] and you will receive a full refund, no questions asked.

Should you decide to claim your refund, it’s very easy to cancel your ClickFunnels account.

If you’ve never used ClickFunnels or a sales funnel builder before, I suggest you do all the free training available from ClickFunnels first.  I have a list of all the latest deals and training here: ClickFunnels Latest Deals & Training. This will allow you to get up to speed with how ClickFunnels works and help you get the most out of your free trial time.

If you’re also worried about any ‘ClickFunnels scam’ or ‘is ClickFunnels a pyramid scheme’ comments online, you have nothing to worry about, ClickFunnels is a perfectly legit company and online marketing tool that offers you real value.

Thank you for taking the time to read my ClickFunnels Funnel Hacking Secrets review article, I hope you found it helpful.

Disclaimer: I am an independent ClickFunnels Affiliate, not an employee. All opinions expressed are my own, and not official statements of ClickFunnels or it’ parent company Etison LLC. I use affiliate links on my blog and may receive referral payments from ClickFunnels if you click on any links and make a purchase. 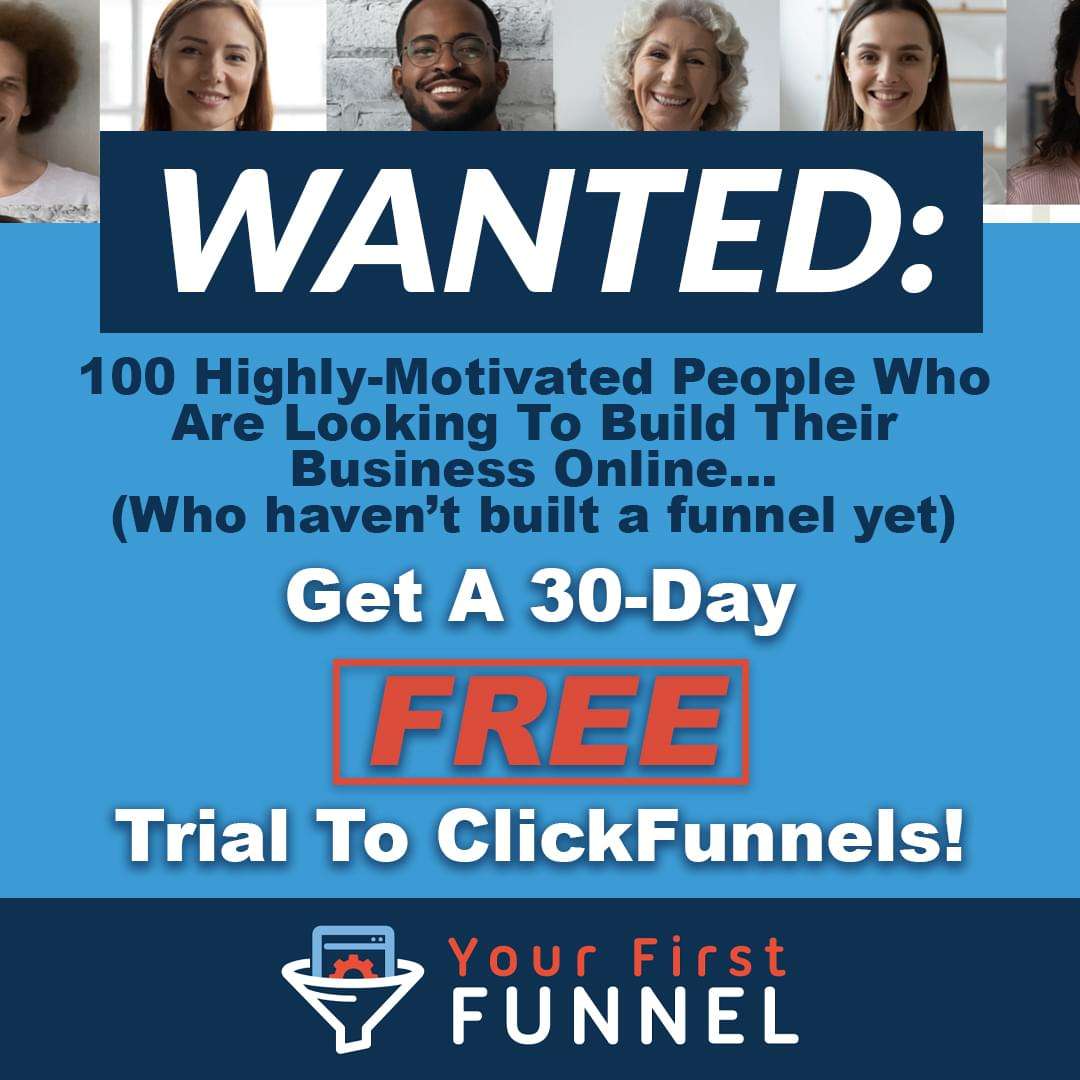 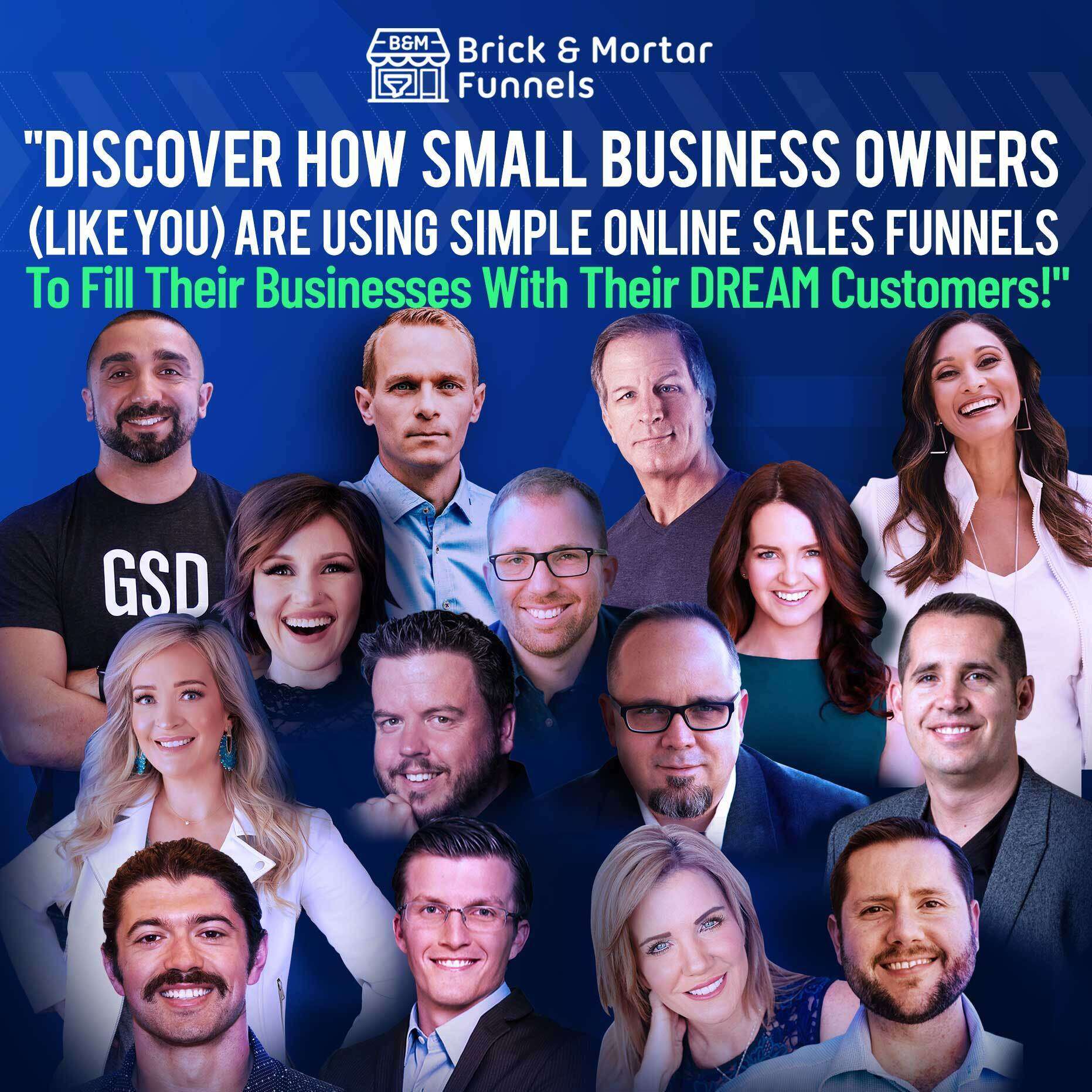 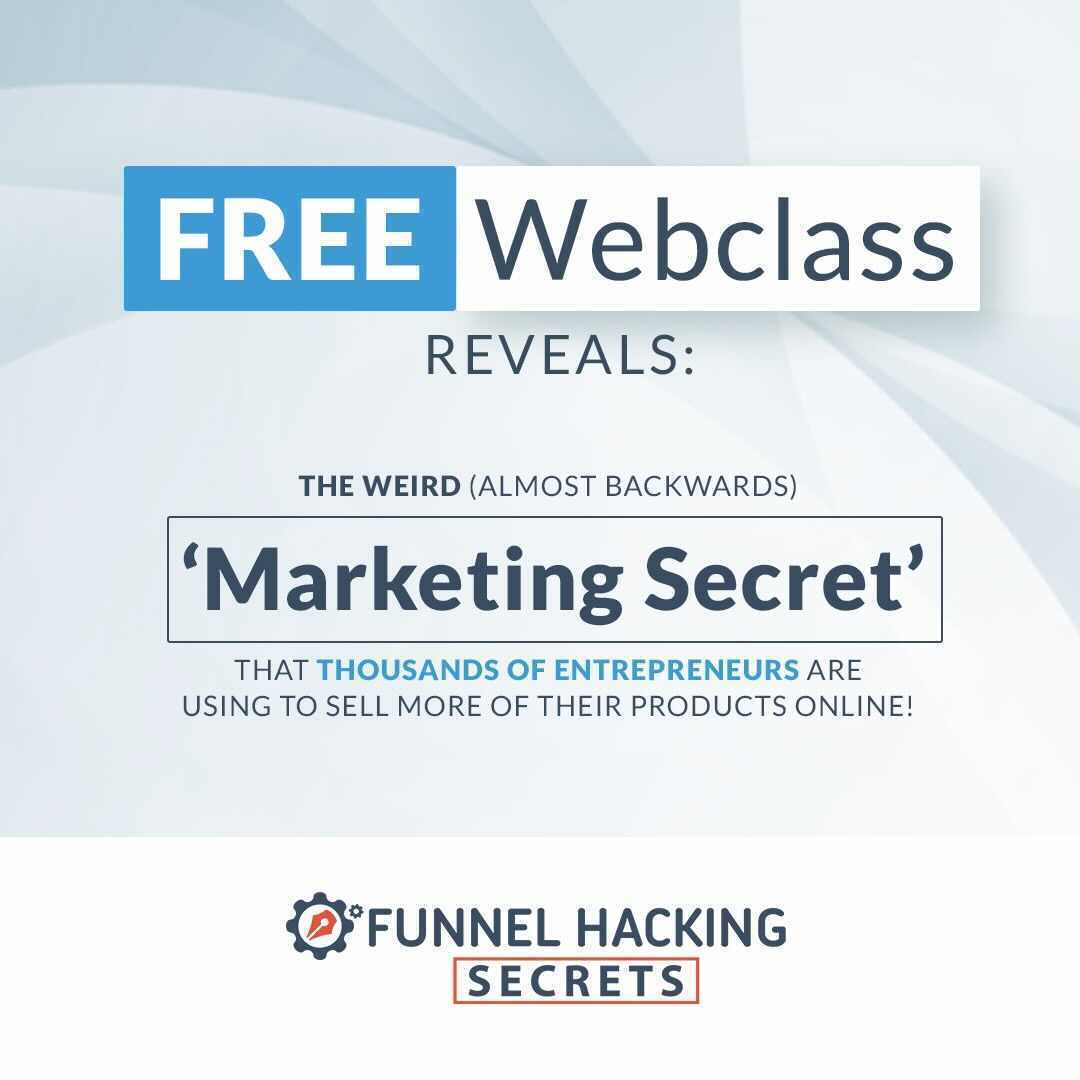 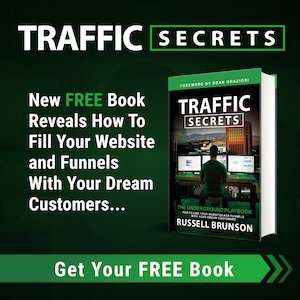 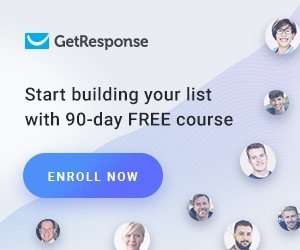